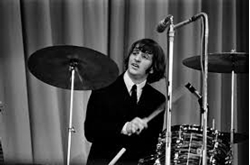 We’re dipping back into the Far Out Magazine archives to deliver some more dreamy harmonies from The Beatles by revisiting their 1969 song ‘Octopus’s Garden’.

The track, written and sung by Ringo Starr, was featured on the band’s eleventh studio album Abbey Road and marked a turning point for the drummer who was given creative freedom. “‘Octopus’s Garden’ is Ringo’s song,” George Harrison once said. “It’s only the second song Ringo has ever written, mind you, and it’s lovely.”

Detailing why the song is so loved by Beatles fans, Harrison added: “Because it’s so peaceful. I suppose Ringo is writing cosmic songs these days without even realising it.”

Hilariously, the song was inspired by the time Starr was on a boat belonging to comedian Peter Sellers in Sardinia in 1968 and, when he ordered fish and chips, he actually received squid instead. Having never eaten it prior, Starr was taken aback by his surprise meal which kickstarted a conversation with the boat’s captain who would tell a story about how ‘octopuses travel along the sea bed picking up stones and shiny objects with which to build a garden.’