The Beatles: Lesser-Known Films Inspired by the Iconic Band 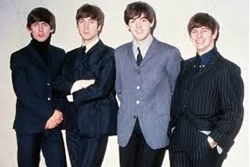 Like many famous artists of the twentieth century, the Beatles occasionally acted in films. The group made five movies together before they disbanded in the 1970s. That wasn’t enough for the movie-going public. Here are a few of the overlooked films inspired by the Beatles.Whether it’s fair or not, Ringo Starr has a reputation for being the least illustrious of the Beatles. His film career certainly hasn’t helped things. Most infamously, Ringo played the title character in the flop comedy Caveman. While the film Ringo isn’t as infamous as Caveman, it doesn’t have a very good reputation.

The film stars Ringo as a fictionalized version of himself. In a dual role, he also plays his brother, “Ognir Rrats” (spell it backwards). The film is a loose adaptation of Mark Twain’s The Prince and the Pauper and features appearances from a number of well-known actors, including Carrie Fisher, Vincent Price, and Art Carney.