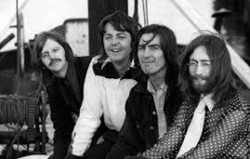 Abbey Road is not only among the Beatles’ most critically beloved albums —ranking 14th on Rolling Stone‘s list of the 500 Greatest Albums of All Time — it’s also one of their most lucrative. Despite being written as the band was on the verge of breaking up, the album was a commercial stronghold, spending 11 weeks at Number One on the Billboard 200 at after its release in September 1969.

And now, fifty years after its release, Abbey Road still sells. The album comes in at Number Three on this week’s Rolling Stone Top 200 Albums chart, which tracks music consumption via independent analytics company Alpha Data, thanks to a 40-track “super deluxe” reissue released by Apple Corps Ltd/Capitol/UMe to celebrate the album’s anniversary.