After John Lennon's Murder, George Harrison Didn't Live in Fear: 'What's the Point of Killing Me?' 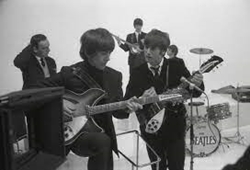 John Lennon‘s murder shook the world, but most of all, his bandmates, George Harrison, Ringo Starr, and Paul McCartney. They were all scared for their safety afterward. George retreated further out of the spotlight. However, he eventually realized he wouldn’t live in fear that someone would also assassinate him. He didn’t think anyone would want to murder him. Unfortunately, George was wrong.George was in bed when he got a call that John had been shot. He went back to bed to get away from it all, but when he woke up again, nothing had changed. John was still dead. George became angry. His friend didn’t leave his body the way he should’ve.