Are you ready for Peter Jackson's Beatles documentary? 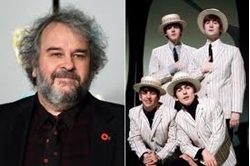 The documentary film will focus on the Beatles’ final year together, cut from 55 hours worth of footage filmed back in 1969, when the band were recording what would become the seminal record, Let It Be. It will feature never-before-seen footage, including a behind-the-scenes look at the Beatles’ iconic ’69 rooftop gig.

The film is said to provide a cheerful counter-narrative to the original Let It Be film, directed by Michael Lindsay-Hogg. While the latter had a gloomy undertone and exposed many conflicts and arguments between the band members experienced, the upcoming film will apparently show the Beatles joking around and having a good time with each other.

In a statement about the film, Paul McCartney said: “I am really happy that Peter has delved into our archives to make a film that shows the truth about The Beatles recording together. The friendship and love between us comes over and reminds me of what a crazily beautiful time we had.”