Beatles collarless jackets up for auction: A case of mistaken identity? 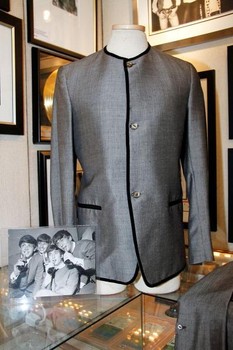 Gotta Have It! Collectibles based in New York is offering a set of four Beatles collarless jackets in their latest online auction. The Rock and Roll Pop Culture Auction was launched on April 24 and runs through May 3. Lot #28 features four jackets worn by John, Paul, George and Ringo each with black pants with a minimum bid of $95,000.

The auction site claims that The Beatles wore these jackets in their film 'A Hard Day's Night.'