Documentary About George Harrison's HandMade Films In The Works 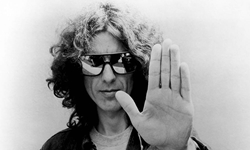 The story of ground-breaking British film studio HandMade Films, which was founded by legendary former Beatle George Harrison and made such films as Monty Python’s Life of Brian, is set to be told in An Accidental Studio, a feature documentary from AMC U.K. for its international networks.

The film will be the first original from AMC U.K. and it will debut on the British channel on 4 May and on AMC channels internationally later in the year. It has never-before-seen interviews with key players including Richard E. Grant, Terry Gilliam and Michael Palin and sets out to capture an extraordinary moment in film history through the eyes of the filmmakers and actors involved, as well as the man who started it all, music legend Harrison, who features in archive interview footage.