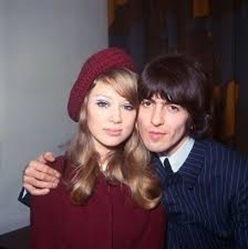 By the 1960s, musicians Eric Clapton and George Harrison had already become close friends, and they were so close that they ended up marrying the same woman.

Harrison, The Beatles lead guitarist, and his wife and model, Pattie Boyd, were married from January 21, 1966, until their divorce in 1977. Before their marriage ended, the pair separated in 1974.

When Clapton and Harrison became best friends, the former found himself infatuated with Boyd. For her part, she declined his advances but that didn’t stop him from loving her.

Clapton’s feelings for the model were so intense that he wrote songs about them. She inspired tracks like "Wonderful Tonight,” "Layla," and "Something."