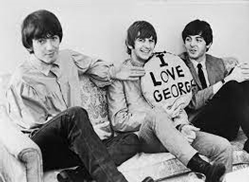 The Beatles put many of their best songs on the White Album, however, not all of the tracks meant for it made the cut. For example, George Harrison wrote a song he liked a lot that was never included on the White Album. In addition, he liked the song a lot before forgetting about it. Here’s a look at how the world reacted to the song once George finally released it.

In 1979, George did an interview with Rolling Stone’s Mick Brown. Wenner asked George about his self-titled album, including the song “Not Guilty.” Wenner thought George intended “Not Guilty” as an attack on his critics.

“Actually, I wrote that in 1968,” George said. “It was after we got back from Rishikesh in the Himalayas on the Maharishi trip, and it was for the White Album. We recorded it but we didn’t get it down right or something. Then I forgot all about it until a year ago, when I found this old demo I’d made in the ‘60s.”