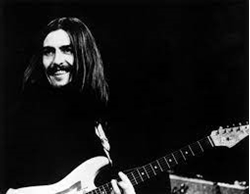 In 1968, George Harrison received a letter from a fan asking for money. At the time, he was in India with the rest of The Beatles to take part in a Transcendental Meditation training course, but the letter still reached him. Harrison responded politely, but in jest. He also included a hair raising drawing of his “friend.” While filming The Beatles’ film Help! in 1965, Harrison first became acquainted with the sitar.“We’d recorded the ‘Norwegian Wood’ backing track and it needed something. We would usually start looking through the cupboard to see if we could come up with something, a new sound, and I picked the sitar up – it was just lying around; I hadn’t really figured out what to do with it,” Harrison said in The Beatles Anthology, per BBC. “It was quite spontaneous: I found the notes that played the lick. It fitted and it worked.”