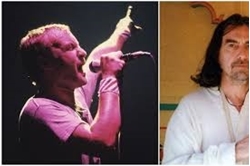 Beatle George Harrison was pigeon-holed as the "Quiet Beatle," but the youngest member of the Fab Four had an acerbic, dry sense of humor that was as sharp as the rest of his bandmates.

He gave great performances in the musical comedy classics, "A Hard Days Night" and "Help!" while holding his own during The Beatles' notoriously anarchic press conferences. After he left the band in 1970, in addition to his musical career, he would produce the 1979 Monty Python classic, "The Life of Brian."

Harrison clearly didn't lose his sense of humor for the rest of his life. Shortly before his death in 2001, he played an elaborate prank on Phil Collins that shows how the "Here Comes the Sun" singer would go the extra mile for a laugh.

In 1970, Harrison was recording his first solo record and arguably the best by a Beatle, "All things Must Pass." The session for the song, "The Art of Dying" featured former Beatle Ringo Starr on drums, keyboard legend Billy Preston on keys, virtuoso Eric Clapton on guitar, and was produced by the notorious Phil Spector.