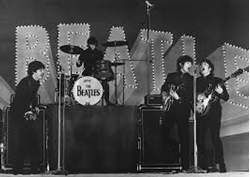 Or so goes the Beatles’ song The End, the final time the Fab Four recorded a tune together, in this case for 1969’s Abbey Road (which was recorded after but released before 1970’s Let It Be.)

Well, “the end” of the Liverpool-formed group began 50 years ago on Dec. 31, 1970 when Paul McCartney filed a lawsuit against his bandmates John Lennon, George Harrison and Ringo Starr for dissolution of the group’s contractual partnership.

“Paul just got fed up with it all and he was the one to initiate it,” said Toronto-based author Piers Hemmingsen, 65, who penned 2016’sThe Beatles in Canada: The Origins of Beatlemania. “The shot was fired Dec. 31, 1970.”

And that “shot” marked an iconic moment in rock’n roll history.

Hemmingsen says the split can be traced back to when Lennon performed with the Plastic Ono Band at the Toronto Rock and Roll Revival festival in September 1969.