John Lennon Documentary Available Through Flame, Ahead of Anniversary of Singer's Death 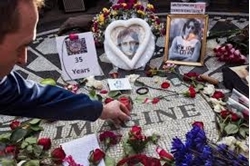 Next month marks the 39th anniversary of John Lennon’s death at the hands of gunman Mark David Chapman outside the historic Dakota apartment building in New York City. Lennon fans will be eager to watch Killing John Lennon, “a dramatic psychoanalysis and step-by-step breakdown of the lead-up to one of the most infamous assassinations in history,” said Thomas Gould, Flame’s VP, Content Sales, Worldwide Transport. “The one-hour biographical documentary also explores the life of John Lennon leading up to his murder, when he broke up with The Beatles to pursue a solo career … and as a political activist alongside his wife Yoko Ono in New York city.”