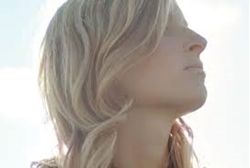 Linda McCartney left this world more than 20 years ago, and yet for many she’s—at best—a harmless rock ‘n’ roll footnote. At worst, she’s the hated woman who had the damnable gumption to marry Beatle Paul. In the annals of Beatles history, only Yoko Ono has suffered a more dismal fate.

As the recent rerelease of Linda’s posthumous solo album "Wide Prairie" powerfully reminds us, her legacy was none of those things. Anyone who’s familiar with her backstory knows that she was so much more: a gifted photographer with an eye for finding the everyday nuance in her subjects; a devoted wife and mother — she and Paul were married for 29 years — an eternity in the entertainment business and a goodly number, quite frankly, for any couple; and a musician and singer who struggled to hone her craft in spite of the avalanche of critics she faced whenever she had the gall to perform with her husband, which amounted to several hundred times.