Paul McCartney finds his way with songs for lonely hearts 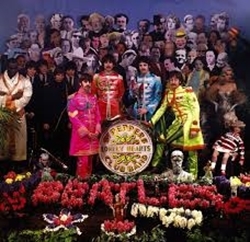 Paul McCartney is remembering a moment he experienced after John Lennon died. "When you go through your grieving," he told me once, "and you just sort of think: 'What if he was here? What might we say?' We might talk about when we met and, being John, he might say: 'Ah, f**k off,' because we were that kind of mates, and I'd say to him, 'No, you f**k off.' It's like when you think of someone who's passed away, you get to see them again."

hat night, he also talked to me about his late mother, Mary. "She died when I was 14," he says. "She was Irish but she was sort of posh-Liverpool. She grew up in the other capital of Ireland, Liverpool."

The place helped inspire Paul to write one of his most controversial compositions, 'Give Ireland Back To The Irish' in 1972. What prompted the song?

"The fact that Bloody Sunday had happened," he says. "That fact, that it came over as our lads - the British troops - killing our mates. It would have been different if it was in the Sudan - you would have been able to remove it to your own imagination - but there, particularly as I am of Liverpool-Irish descent, it was our people killing our people to me."