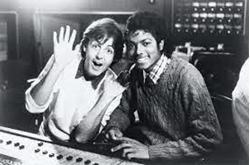 Paul McCartney has been writing songs since he was a teenager and making money with his music for more than 60 years. Macca had an easy time writing songs with John Lennon in The Beatles. He found new artists to collaborate with when the band broke up, but Paul said once got a bit defensive when Michael Jackson asked to work with him.A photo of him and John Lennon he saw later reminded Paul he wasn’t the villain of The Beatles’ split, but he didn’t necessarily believe that at the time. His relationship with John was so strong that he has dreams that sound like nightmares with Lennon in them. Still, he didn’t hesitate to form a new band not long after the Fab Four broke up.