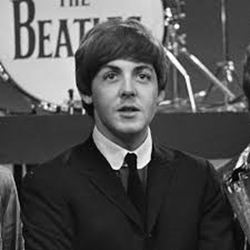 The Beatles icon Paul McCartney had Aston Martin years ago, and actor Patrick Stewart revealed he was poorly driving the car when he was a 24-year-old with Paul in the passenger’s seat, and he feared he was going to kill him with his reckless driving. Paul McCartney ripped some of his ‘stupid’ releases earlier this week.

“We drove from Bristol to Bath and back. And all the way Paul kept saying, ‘Come on put your foot down, overtake, overtake.’ And all I could think was, ‘If I killed Paul McCartney …'”

He also said via Evening Standard, “I saw Paul and Ringo about six weeks ago, just by accident, by chance in a restaurant. And it is always whenever I meet Paul as though no time has passed at all. He has an immediacy of behavior, a spontaneous way of behaving which is remarkable.”