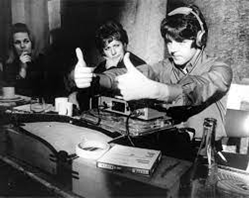 Paul McCartney said he started writing The Beatles’ “Yellow Submarine” in a mental “twilight zone.”
McCartney explained why the submarine was yellow.
The song became an international hit.

Paul McCartney said he was in a mental “limbo” when he started writing The Beatles’ “Yellow Submarine.” He explained why he thought of the unusual image of a yellow submarine in the first place. Subsequently, he revealed how he tailored the song for Ringo Starr.