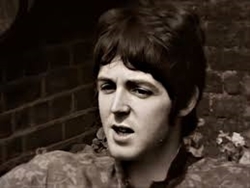 Whenever we read into the histories and motivations behind the songs by the Beatles, we’re opened up to a labyrinth of their memoirs of life. Before them, it was uncommon for musicians to make songs out of their own life experiences. But, there were no better trendsetters than the fab four themselves. And their one album that influenced the music industry the most for all times to come was ‘Sgt. Peppers Lonely Hearts Club Band’. It’s a serious contender for being the greatest album of all time.

But, did you know that Paul McCartney wrote a song from this album because he was just tired of being a part of the Beatles? It’s true!Many people don’t know this, but there was a time before the breakup when the Beatles were just tired of being themselves. After the craziness that was the Beatlemania, they were done touring. And if that wasn’t enough, there were some serious controversies too, like the comment John Lennon made that the Beatles were more popular than Jesus. And after Brian Epstein’s death, the fab four were simply done being the center of attention for the world as “the British boy band”. They wanted to disassociate themselves from this identity. And so, Paul McCartney thought, why not try leaving the burden of the Beatles as a concept in a song?