Paul McCartney's Tragic Loss: 11 Things to Know about His Wife Linda Who Died at 56 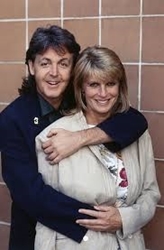 Linda McCartney was Paul McCartney's first wife and her tragic death left the legend in shambles. Here are some facts not many know about the female artist.

Paul and Linda McCartney's love was one that involved creativity and adventure. The two wed in 1969 and remained married until Linda's untimely death in 1998.

During her lifetime, Linda was heavily involved not only in her husband's music but in her own projects with photography and writing. 11 interesting facts about her are found below.

HER PHOTOS WERE WELL-RENOWNED

Linda wasn't just a backup singer for her husband. A year before the pair got married, she took a picture of Neil Young which would become the cover for his 2008 album, "Sugar Mountain: Live at Canterbury House."