Remembering George On The Anniversary Of His Untimely Passing 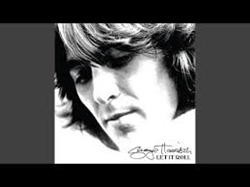 November 29, 2001 would be remembered forever in the music rock history. On this day 18 years ago, this legend passed away from lung cancer at age of 58.

As a 15-year old boy from Liverpool, Harrison became a member of the Quarrymen (who would later become The Beatles), despite John Lennon thinking that he was too young. Having to compete with the power-writing duo that was Lennon and Paul McCartney, George was able to slip a song or two of his own onto almost every Beatles album during the group’s existence.

Even more impressive may have been his solo work, as the period following The Beatles proved Harrison to be a truly great singer-songwriter in his own right, now being out of the shadow of his former band mates. 1968 would see him be the first Beatle to release a solo record, with Wonderwall Music, and the following year with Electronic Sounds, in which Harrison made use of experiments with the Moog synthesizer.

He would release the triple-album All Things Must Pass in 1970 to massive acclaim from both critics and fans alike with the hits “My Sweet Lord” and “What Is Life”.

Having adopted Hindu mythology and Transcendental Meditation years earlier, and a friendship with Indian sitar master Ravi Shankar, Harrison would go on to put together 1971’s Concert for Bangladesh at New York City’s Madison Square Garden, a major benefit concert that raised awareness and funds for the refugee situation of East Pakistan, as a result of the mass genocide committed during the Bangladesh Liberation War. The show would feature a super group consisting of Harrison, ex band mate Ringo Starr, Eric Clapton, Bob Dylan, and many more.

In the late 1980’s, Harrison would co-found The Traveling Wilburys, a behemoth group made up of Bob Dylan, Roy Orbison, Tom Petty and Jeff Lynne of ELO, all of which had worked with one another in some capacity on past and future projects.

Harrison would be remembered as one of the truly rock’s greatest artists and ambassadors.