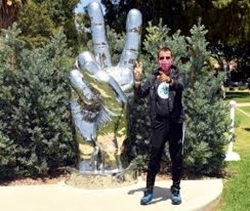 The Beatles' former drummer, Ringo Starr, hits eighty but feels just as young at heart as he did decades ago and says he hopes for better celebrations when the pandemic is over.

On July 7, singer-songwriter Ringo Starr known famously as the drummer for The Beatles, turned eighty years old. However, due to the pandemic, what would have been a remarkable celebration was turned into a virtual event.

The musician put together a virtual charity concert he titled "Ringo's Big Birthday Show" and a recorded episode of a video series, "Rolling Stone Interview: Special Edition." In the interview, the singer claimed that he hardly felt his age: He said: