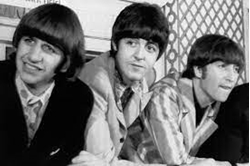 The Beatles drummer Ringo Starr recently spoke to USA TODAY’s Melissa Ruggieri and reflected on how Paul McCartney and John Lennon prepared the song, ‘Yello Submarine,’ in which Starr took over the lead vocals.

‘Yellow Submarine,’ a product of the Lennon-McCartney songwriting partnership, appeared on the band’s 1966 album, ‘Revolver.’ The track became a big hit from the day it premiered, reaching number 1 in many countries. It was intended to be a fun children’s song and stood out with its simple lyrics and melody. What McCartney and Lennon had in their minds was to create a song specifically for Ringo Starr.