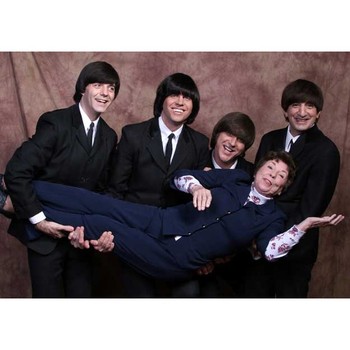 Louise Harrison says she plans to document the 50th anniversary of George Harrison's visit to the U.S. the year before Beatlemania hit. "We're thinking about making a DVD telling the story about 1963, when I first came to the United States and started trying to move heaven and earth trying to get the Beatles records played in this country," she said.

“We'll put some pictures and talking about my mum sending me 'From Me To You' and then George bringing 'She Loves You.' And I can have my band (Liverpool Legends) sing on it.

“We're hoping to have it ready for the 50th anniversary of George's visit in '63, which is coming up in September. We'll be talking about 1963, what I was up to and what he was up to.”