Songs You Should Know: "Isn't It A Pity" by George Harrison - 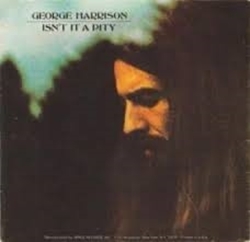 It would truly be a pity if you didn’t give this George Harrison song a listen.

“Isn’t It A Pity” is a song everyone should know, and here’s why: It’s a song about how we tend to take our loved ones for granted, but it’s also a reminder that we have the ability to change that behavior. We have the ability to give back.
Tensions were running high amongst The Beatles in their final days together. Harrison, in particular, felt smothered by the band in the late 1960s. He had been sitting on a mountain of songs that he wrote but didn’t make the cut for a Beatles record. So, once The Beatles officially broke up in 1970, Harrison unleashed an avalanche of music onto listeners. His 1970 triple album All Things Must Pass had 23 new songs on it, two of which were “Isn’t It A Pity (Version 1)” and “Isn’t It A Pity (Version 2).”