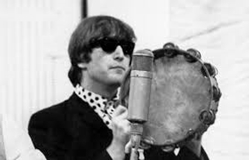 While John Lennon ended up feeling trapped by The Beatles, he probably looked back fondly at most of the band’s recording sessions. After all, he had bandmates who understood him unlike any other musicians and a producer (George Martin) who put out good records without fail.

When Lennon went solo, he teamed up with legendary producer Phil Spector. Their early collaborations, including Plastic Ono Band and Imagine, were major successes. However, if you watch the Imagine film, you can tell things weren’t always going smoothly. (Lennon berating Spector is one clue.)

By late 1973, the relationship hit an even rougher patch during the sessions for Lennon’s Rock ‘n’ Roll in Los Angeles. These dates fell during the period his estrangement from Yoko Ono and extended booze-and-drug fest known as John’s “lost weekend.”