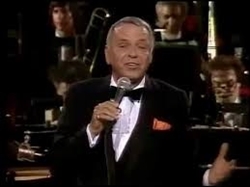 By 1969, Frank Sinatra had done his best work as a singer and actor. His groundbreaking albums on Columbia, Capitol, and Reprise (his own label) had gone out at various points over the previous 25 years. And Sinatra’s incredible run as an actor wouldn’t continue into the ’70s.

However, Sinatra still had a lot left in the tank. Anyone who’s seen his 1974 MSG performance (part of his “comeback”) can attest to the crackling energy in the building that night. But at the same time, it was clear the Chairman of the Board was on the downswing of his career.

After all, the ’60s had belonged to The Beatles. By ’69, the Fab Four’s incredible run of No. 1 hits had made mincemeat of chart and sales records set by performers who’d come before. In 1970, Sinatra acknowledged the band’s greatness as songwriters by covering a tune from Abbey Road (1969).