The Beatles' Paul McCartney Says 'It's Your Last Chance' To The Fans For Taking A Role In His ... 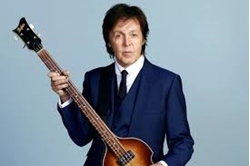 The co-lead vocalist and bassist of The Beatles, Paul McCartney has made the last call to his fans to take part in the ‘Great Day Fan Video‘ project which will premier in McCartney’s YouTube channel.

Paul McCartney has announced the chance to star in a special video to his followers on  Twitter. He asked his fans to submit a video of themselves having fun with the people they love. The videos, which fans show that they are having a great day, will be collected and edited for a fan video.

On the announcement made for the project on McCartney’s website, it was stated that they expect his fans to share their favorite moments at home from the past couple of months. The videos may range from water fights in the garden to lockdown crafts with the kids. There is no limit to the content.