The Beatles Reveal If Paul McCartney Was Paid The Most 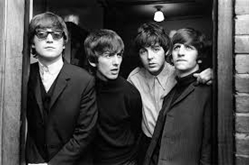 The Beatles legend, Paul McCartney recently spoke to Billboard about a bunch of issues. Here, the iconic co-founder of the ‘Fab Four’ discussed the purchase of the current holding company, MPL, which McCartney bought back in the late sixties was an answer to not owning his own body of work with the Beatles. In addition, McCartney discusses how much equity he was given for his company, along with John Lennon. Paul McCartney just revealed what he ‘stole’ from Bono.

I think so. John and I felt screwed out of our rightful recompense. With our original agreement with Dick James, Dick went to us and said, “You can have your own company.” And we were young boys — we were young and foolish, but we were beautiful! And we said, “Wow, great.” So he gave us our own company, Northern Songs, which was 49% us, 51% him, which gave him voting control. Later, we went to him a couple of times and said, “Dick, now that we’ve done all this stuff, can we have a raise?” And he basically said, “I’m sorry, I can’t — you’re under contract.” I now know he could’ve just said, “I’ll give you a new contract.” So when I had the opportunity to have another publishing company so cleanly, this was great.