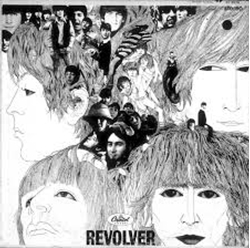 A new book examining the middle years of The Beatles’ recorded output is being published this fall. The Beatles Rubber Soul to Revolver, the latest installment in Bruce Spizer’s Beatles Album Series, arrives Oct. 10, 2022. As the announcement notes, the title covers two of the group’s much-loved albums, December 1965’s Rubber Soul and August 1966’s Revolver albums, as well as Capitol Records’ June 1966 U.S. release, Yesterday And Today, as well as the singles associated with these albums.

[The timing of the book follows speculation that the Beatles’ Apple Corps Ltd. is planning a fall 2022 expanded release of one (or both) of the albums. Beginning in 2017, and continuing annually through 2021, the label has delivered Super Deluxe Editions for the 50th anniversaries of Sgt. Pepper, The Beatles aka The White Album, Abbey Road and Let It Be.]