The Best Song on Every Beatles Album 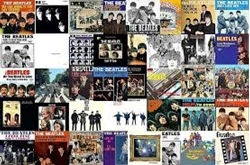 No matter how many times you listen to The Beatles, there's always something new to discover. They're the most popular, acclaimed, and influential band of all time, and it's impossible to overhype them; all the praise they've been given for the past 50+ years is deserved and then some. It's still astonishing what they achieved with just seven years worth of studio albums, from the countless hit songs to the massive evolution they underwent to their groundbreaking innovations in both songwriting and technology. They've released their fair share of best-ofs, but when it comes to The Beatles, you really don't need one. They really don't have songs that aren't well known; even many of the songs that were never released as singles feel more popular than plenty of bands' biggest hits. Every single one of their studio albums are essential (as are several of their other records, like the Past Masters compilations, which include many of their most iconic non-album songs), and it's actually kind of hard to talk about the "best of" their catalog. The easiest answer is: "all of it."