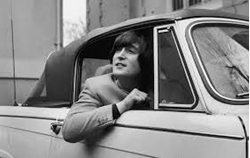 When you watch the epic Beatles race, you might point to “Nowhere Man” like a line in the sand. Although John Lennon shouted in despair (“Help!”) On a previous track, the assumption was that he needed the help of a significant other (that is, a woman).

This was not the case for “Nowhere Man”, who arrived on Rubber Soul, the 1965 record, George Harrison called the “first full-fledged album of the group”. On this track, John sang about a character who is “as blind as possible” and who can’t even get a point of view.

Indeed, he could not have walked further after works like “A Hard Day’s Night” and “If I Fell”, which John had written the previous year. And, when John talked about composing “Nowhere Man,” he emphasized how different the songwriting experience was for him.