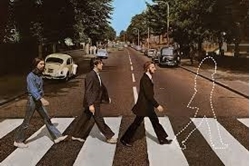 The Beatles' '90s-era Anthology sessions weren't the first time they recorded without John Lennon. More like the 20th. In fact, over the years, Lennon increasingly drifted in and out of songs being created by the others.

For instance, he regularly vanished whenever George Harrison dabbled in Indian music, with the notable exception of "The Inner Light," the B-side to 1968's "Lady Madonna." He skipped sessions where Ringo Starr took the lead, including "Don't Pass Me By" and "Good Night," both from 1968's The Beatles. The same guy who openly complained about Paul McCartney's "granny-music shit" was also predictably absent for "Maxwell's Silver Hammer."