What George Harrison Thought Was Wrong with the Beatles' 'White Album' 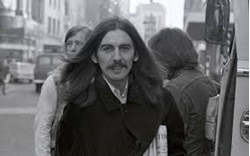 On the face of it, The White Album (1968) looked great for George Harrison. Compared to Sgt. Pepper’s, on which George had only one song, The Beatles double-album release the following year featured a huge crop of tracks by the band’s lead guitarist (four altogether).

However, that’s not to say the release was dominated by George. Far from it, in fact — John Lennon and Paul McCartney each had over 10 songs on the two LPs. All in all, it was the sort of record that gets called “sprawling” for good reason.

George Martin, the Parlophone chief who produced almost every Beatles album, wanted the album to be much shorter. However, The Beatles’ top songwriters (John and Paul) didn’t seem prepared to cede any ground.

So everyone plunged forward, with only one track by George and a wild one by John being scrapped from the original 32-song count. And that’s what Beatle George didn’t like about it.