What John Lennon Hated About the 'Abbey Road' Album 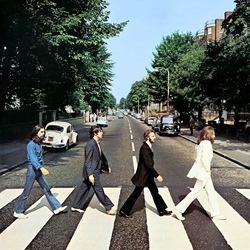 If you ask Beatles fans which album is the best, many will go with 1969’s Abbey Road. Certainly, it’s among the most representative records the band released. It featured rockers like “Come Together,” pop ditties like “Oh! Darling,” and two George Harrison masterpieces.

On the second side, Abbey Road delivered an operatic medley that wowed critics and fans alike. It also served as a fitting close to the band’s last studio album. In so many ways, it was (as the final track announced) “The End.” But don’t expect John Lennon to get sentimental and accept that.

To John, there was much to be admired on the first side of Abbey Road. He was quite proud of “Come Together,” which became his last No. 1 hit with The Beatles. But he considered the rest of the album tossed together and, in short, “junk.”