When George Harrison Came to Terms With Being a Beatle: 'Everything's Cool and It's Quite ... 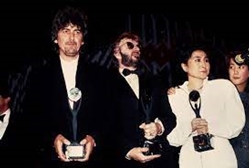 Most of the time, George Harrison didn’t enjoy being a Beatle. John Lennon, Paul McCartney, and on some occasions, the band’s producer George Martin either treated George as a junior member or a glorified session man. No one cared about his songs. Touring the world constantly throughout the first half of the 1960s aged him too.

However, somewhere along the way, George came to terms with being a Beatle. Releasing an album and playing for hundreds of fans suddenly wasn’t as daunting. George got a new generation of fans, and those who’d been through Beatlemania were older. No one was chasing him down anymore.