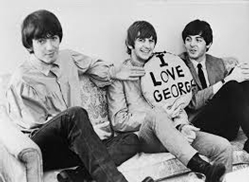 There’s a first time for everything. In the late 1980s, George Harrison wanted the surviving Beatles to reunite for one of his music videos. He lied to make sure everyone thought that happened.

Aside from the infectious hit “Got My Mind Set on You,” the most famous song from George’s 1987 album Cloud Nine is “When We Was Fab.” “When We Was Fab” is a meditation on the Fab Four’s time together. It features some lyrical references to the Beatles songs. The song’s beat resembles that of “I Am the Walrus.” “When We Was Fab” also has some Indian instrumentation, recalling George’s composition “Within You, Without You.”