Why The Beatles Were Bothered by American Releases of Their Albums 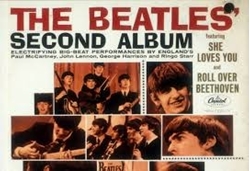 If you were an American fan of The Beatles in the ’60s, you had to feel like you were getting the short end of the stick. Take the U.S. release of Rubber Soul (1965). When Americans opened their copies of the new Fab album, they found “Nowhere Man,” “If I Needed Someone,” and “Drive My Car” missing.

To get those tracks, you had to wait until Yesterday… And Today arrived six months later. In a sense, you were experiencing The Beatles on several months’ delay. But it also worked the other way. When “I’m Only Sleeping” appeared on that same album, it beat the U.K. release of the John Lennon track (on Revolver) by two months.