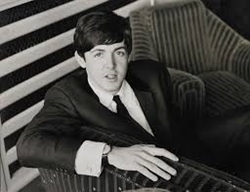 When Paul worked with the Beach Boys, things went down an unexpected path. Paul is a reknown multi-instrumentalist. The Beach Boys’ Brian Wilson asked him to play an uncommon instrument: celery.
The Beach Boys evolved from a doo-wop/pop band to one of the most experimental acts in the history of mainstream music. Some of their experiments included using non-instruments as instruments. Their album Pet Sounds famously features the sounds of dogs barking at some point.