The day after they married in Esher, Surrey, George and Pattie Harrison gave a press conference in London.

After our wedding we had to endure a press conference that Brian had set up. It was so terrifying that I have almost blanked it from my memory. Lots of reporters asked questions about when George had asked me to marry him and our plans for the future. George said he had proposed on the day we met, on the train filming A Hard Day's Night, and I said I hadn't thought he was serious. He then said he'd asked me out and I'd turned him down. And I blurted that we'd like three children but not immediately.
The press conference was chaired by The Beatles' press officer Tony Barrow. Also in attendance were Brian Epstein and George's parents Harry and Louise. 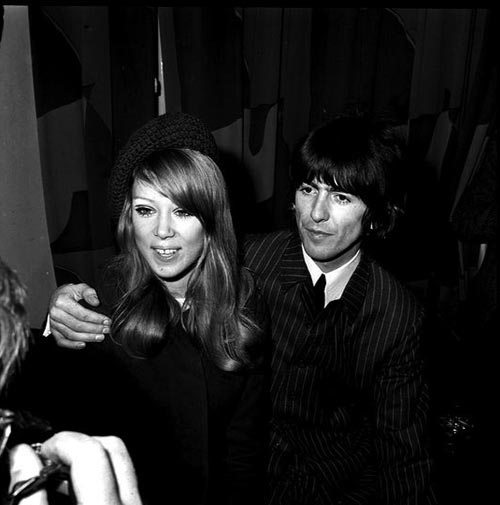 Pattie Boyd said "The ceremony took place early in the morning at Epsom register office, in Surrey, not the most glamorous place, and the room was very hot and stuffy. Brian Epstein was there and Paul McCartney, who was George's best man. Otherwise it was family - my mother, with her cousin Penny Evans, who had been around a lot while I was growing up. Colin, Jenny, Paula, David and Boo, George's parents and brothers. Uncle John, my mother's twin brother, gave me away.

"I bought a Mary Quant pinky-red shot-silk dress, which came to just above the knee, and I wore it with creamy stockings and pointy red shoes. On top, because it was January and cold, I wore a red fox-fur coat, also by Mary Quant, that George gave me. She made George a beautiful black Mongolian lamb coat. It was not the wedding I had dreamt of - I would have loved to be married in church, but Brian didn't want a big fuss. They all trusted him so implicitly that when he said it should be a quiet register office wedding George agreed. He also said it had to be secret - if the press found out, it would be chaotic...There was no shortage of pictures of us leaving the register office. We came out into the street to find dozens of press photographers lined up outside. So much for keeping the whole thing secret."

The happy couple left the register office in a Rolls-Royce Princess, for a reception at Kinfauns, their bungalow in Esher. The following they held a press conference, and flew to Barbados for their honeymoon on February 8, 1966.

John Lennon and Ringo Starr were on holiday and couldn't attend the wedding.

Robert and Jean-Claude Lambot say they would wish to change the Beatles haircut style. 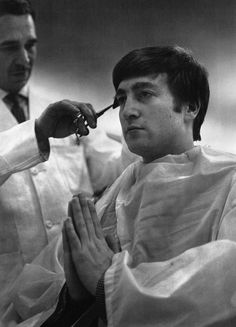 Brian Epstein returns to England from the Virgin Islands.

Day Tripper / We Can Work It Out - The Beatles

We Can Work It Out' number 1, 2nd and last continued week (Billboard).

We Can Work It Out - The Beatles 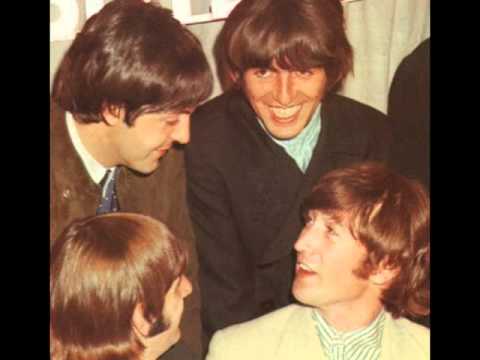 Ringo Starr and John Lennon leave England for a vacation in Trinidad.