For the beginning musician, performing a cover is almost a rite of passage. It’s a win-win — the song is already written and, if chosen well, already beloved. So it makes sense that “Yesterday” — the most famous song off The Beatles’ 1965 album Help! — is not only one of their most popular tracks but also one of the most covered songs in history. With relatively simple music and lyrics, “Yesterday” is a pretty straightforward song to perform, but that doesn’t diminish its impact; the song’s beauty exists in its simplicity.

One of Paul McCartney’s greatest strengths is his ability to craft songs that not only remain timeless but continually reassert their relevance. For instance, “Blackbird”, an ode to the continued strength of Black Americans during the Civil Rights Movement in the ‘60s, has only become more relevant in the face of police brutality and the Black Lives Matter movement. “Yesterday” has proven itself just as relevant, maybe even more so each day. In a time of crippling uncertainty in every aspect of life, there is no more appealing thing to believe in than yesterday (or maybe like six months ago). “Y details

Sir Paul McCartney has admitted he found his late Beatles bandmate John Lennon's song 'How Do You Sleep?' “hurtful”.

The track from Lennon's 1971 solo album, 'Imagine', was penned after McCartney successfully dissolved the Beatles partnership in a High Court lawsuit, and after the iconic Liverpool group's frontman slammed his bandmates - Macca, Sir Ringo Starr and the late George Harrison - in an interview with Rolling Stone magazine in 1970, the year they split.

McCartney and his then-wife Linda reacted by having ads published mocking Lennon and his now-widow Yoko Ono, which saw them dressed up as clowns.

'How Do You Sleep?' was penned in response to McCartney's solo LP 'Ram', which featured the track 'Too Many People', which he later admitted intended to slam Lennon.

1966’s Revolver is the album that ultimately cemented The Beatles‘ reputation as creative studio geniuses atop the pyramid of commercial music at the time. It may not have the epic range of material as heard on The White Album, or the cohesiveness of Sgt. Pepper’s Lonely Hearts Club Band released the following year, but Revolver marks the first time where the Beatles truly stepped outside of their comfort zone in the studio and expanded the idea of what rock and roll could be.

Coming off 1965’s Rubber Soul, the Beatles were at the peak of their fame. Yet, each member was growing increasingly disillusioned with all that was involved with “The Beatles” and their growing legion of fans. John Lennon was perhaps the most affected, causing a huge uproar in the United States when he proclaimed that the Beatles were “bigger than Jesus Christ.” The demands of the road, the size of the shows, and the non-stop schedule had pushed the band to their limits, so they cleared a few months from their calendar to give themselves time to prepare for their next album.

Sir Elton John’s concert residencies in Las Vegas were, in his own words, a “spectacular and successful” chapter in his career. Just don’t expect Sir Paul McCartney to follow suit.

In remarks unlikely to keep him on Sir Elton’s Christmas card list, Sir Paul has described Las Vegas as an “elephants’ graveyard” where the stars “go to die”.

The former Beatle was asked by an interviewer if he had “ever considered doing a residency in Vegas, like Elton John, or doing what Bruce Springsteen did on Broadway?” Springsteen performed five nights a week for more than a year at a theatre in New York City from 2017-18, while Sir Elton played 450 shows over two residencies at Caesars Palace to 1.8 million fans.

“Some people would like me to do it, as they say I’ve got plenty of stories and plenty of songs, but one of the things that’s holding me back at the moment is that Bruce has just done it, you know?

details
Beatles: Who kicked drummer Pete Best out of The Beatles? - Wednesday, August 05, 2020

Arguably the most ignominious firing in rock history happened on Aug. 16, 1962. Shortly before recording their debut single, the Beatles dismissed drummer Pete Best.

Two months earlier, the group passed an audition for Parlophone Records. But while producer George Martin liked what he heard, he was dissatisfied with Best. He told the Beatles that, while they could use Best onstage, he was going to bring in a session drummer for the recordings. The other Beatles, along with manager Brian Epstein, discussed the situation and decided that it was in their best interests to sack the drummer entirely. On Aug. 16, Epstein called Best into his office and told him the news that he was out.

Known around Liverpool as "mean, moody and magnificent," Best had joined the Beatles almost exactly two years earlier when they needed a drummer for their upcoming residency in Hamburg, Germany. His audition was only a few days before they made the trip. But his sullen personality never fit in well with the wisecracking Beatles, even refusing to adopt the soon-to-be-famous "Beatles haircut."

details
Remembering John Lennon's Biological Mom Julia –– the Story of How He Lost Her When He Was ... - Tuesday, August 04, 2020

John's mother, Julia Stanley, was one of five sisters, along with Anne, Betty, Harriet, and Mimi all born in Liverpool. Stubborn and headstrong, Julia gave her parents an uphill battle when they disapproved of the hotel bellboy, Alfred Lennon she started seeing at the age of 14.

Then Alfred became a ship's steward, and his life and relationship with Julia survived long absences at sea and the war that followed. In 1938 they secretly married in a register's office because Julia's family still didn't accept him. Then Julia fell pregnant with John.

However, Alfred then sailed out of the picture entirely, and so Julia went back to live in her childhood home under her disapproving father's roof, but it didn't stop the string of romances that followed.

Julia then fell pregnant by a passing Welsh soldier. She gave the little girl up for adoption and then started dating "Bobby" Dykins whom she met while waitressing. During this time, 5-year-old John was being looked after Julia's sister, Mimi, as she basically moved out and into Dykins' arms.

details
Paul McCartney says James Corden convinced him to take him inside his childhood home: 'I was ... - Tuesday, August 04, 2020

Paul McCartney revealed in a recent interview with British GQ that he hadn't returned to his childhood home in Liverpool until James Corden convinced him to for a "Carpool Karaoke" segment.

The former Beatle appeared on a 2018 episode of Corden's "The Late Late Show," and told GQ that filming with Corden in his former hometown, where he lived for the first 20 years of his life, was "really great."

"I'd never been inside my old house. I hadn't been back since I left it," McCartney explained, adding, "James suggested doing it."

"I was always a little apprehensive about going back. I didn't know if it was going to be nice or whether I would get bad memories or whatever, although I don't really know what I was worried about," the musician continued.

details
The Beatles: Can YOU guess which George Harrison song was a John Lennon favourite? - Tuesday, August 04, 2020

John Lennon could be pretty candid when it came to Beatles tracks he didn’t like. But the late star was also very honest about his favourites. During an interview with Playboy in 1980, Lennon revealed which of George Harrison’s tracks he was particularly fond of.

Spotted by Far Out Magazine, Lennon saw Harrison’s Within You Without You as one of his favourite Beatles songs.

“One of my favourites of his, too. He’s clear on that song.

“His mind and his music are clear.”

details
Paul McCartney says he 'took to booze' after The Beatles split: 'There wasn't much time to have ... - Tuesday, August 04, 2020

Paul McCartney recently got candid about The Beatles' split in an interview with British GQ.

The 78-year-old music legend said the fallout was "pretty hurtful," largely thanks to his decision to sue the band.

"Well, as you can imagine, that was horrendous and it gave me some terrible times," he said. "I drank way too much and did too much of everything."

In 1970, after the four Beatles went their separate ways, McCartney filed a lawsuit to dissolve the band's contracts with its publishing company, Apple Corps, and notorious manager, Allen Klein. McCartney told GQ that his distrust of Klein was the catalyst, twice calling him a "f---ing idiot."

According to McCartney, Klein would have owned the band's music if not for the lawsuit. 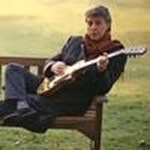 Hail, Macca. Sir Paul McCartney is not only GQ’s September cover star, nor – discounting a couple of brash pretenders – merely the king of rock'n'roll, but ultimately the godfather of modern British music. A perennial presence for nigh-on 60 years, McCartney’s output is astounding: 12 Beatles albums, seven with Wings and 17 more solo, plus countless other credits on original songs performed and covered by artists around the world. He’s one half of the most famous musical writing pair ever and has collaborated with everyone from U2 to Nirvana to Kanye West. To put it bluntly, he’s produced a lot of very good music in his life.