The final night of what turned out to be......the Beatle's last British concert tour.

The support acts were, in order of appearance, The Paramounts, Beryl Marsden with Steve Aldo, The Moody Blues, The Koobas and The Marionettes, and the compere was Jerry Stevens. 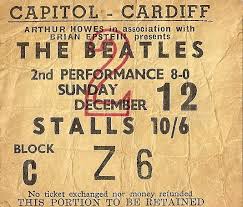