We recently asked you to pick a line from Paul’s song ‘Save Us’ then represent that lyric in a creative way. We received thousands of entries! Though we expected a big response we were still astonished by the volume, quality and originality of your photos. Thank you!

After carefully selecting our favourites (this was no easy task!) we put them all together to create the first Paul McCartney fan lyric video. We loved seeing how Paul’s lyrics were visually interpreted in so many different ways. Paul has previously said: “I do love that thing about songs - when you release them they become ‘people's property’; they’re not mine anymore. If someone puts a meaning on one of my songs that suits them, then that’s great, I can only be complimented by that.” We love that you made 'Save Us' your own with your photos! Paul was so impressed with your creativity he has asked that we put our thinking hats on and come up with some more exciting ways to involve you in one of his next projects. So if y details 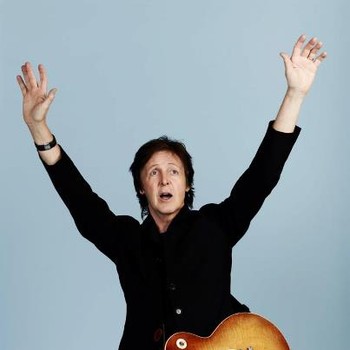 The last time Paul McCartney played Candlestick Park he was a Beatle.  That concert turned out to be their last together as a band.  Fittingly, Paul’s concert in August at The Stick will be its last – Candlestick will be torn down following the event – so this will be a very special show for Paul, for San Francisco, and we hope for you as well.

Paul wants you and a guest to share the whole experience with him - from soundcheck, to visiting backstage, to taking a few photos together, to watching the concert from VIP seats that have been put aside just for you! And to top it off, we’ll fly both you and your guest in from wherever you are in the world and include hotel accommodations to boot. All you have to do in exchange for your chance to win is make a small donation (starting at $5 per entry) to one of Sir Paul's favorite charity organizations, Aid Still Required.  Paul is helping ASR build a new school in Ha details 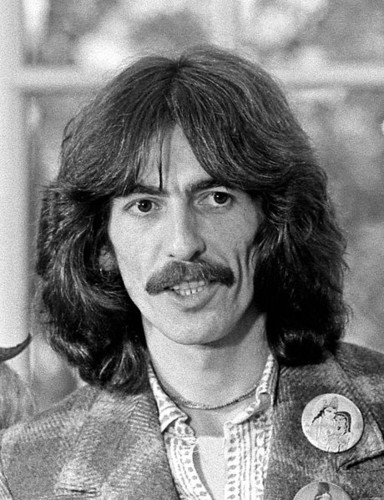 He was known as The Quiet One, but a night in his honour should prove to be anything but. In an evening dubbed All Things Must Pass, a 10-piece band will be celebrating the music of George Harrison at The Spring in Havant.

The show is dedicated entirely to performing music written by the former Beatle, who died of lung cancer in 2001. As well as the obvious hits he wrote for the Beatles – Something, Here Comes The Sun and Taxman, it also draws on the songs he created after their break-up includingMy Sweet Lord, All Those Years Ago, and many more. His former sound engineer David Entshcel says: ‘The show is a celebration of George’s music, all professionally and faithfully performed with love and respect.’

Read more on this story,,,, 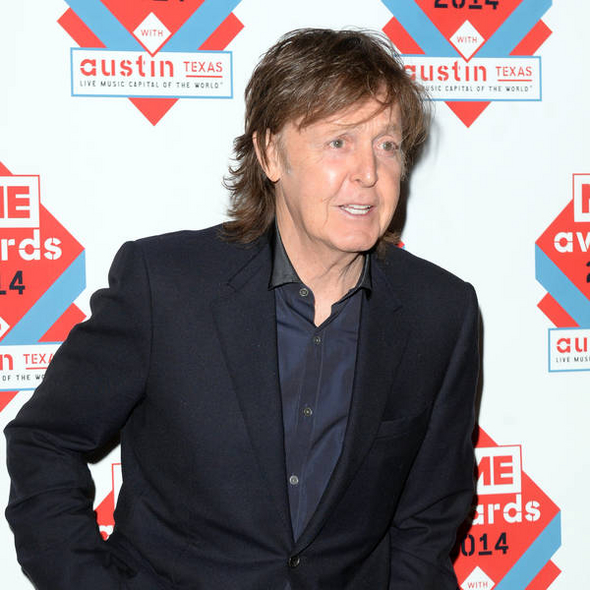 The Beatles legend cancelled the Asian leg of his world tour in May (14) after he was hospitalised in Japan with a virus. He flew home to London a week later to recover and was subsequently pictured looking frail and sickly.

McCartney also postponed the first dates on his U.S. tour, which was due to start in June (14), to give himself more time to rest. However, he was pictured looking well and in high spirits when he headed for dinner at The Ivy restaurant in the capital with his wife Nancy Shevell and a host of celebrity pals on Tuesday (17June14), the evening before his 72nd birthday. He was joined by Ringo Starr's wife Barbara Bach, George Harrison's widow Olivia and the Eagles musicians Joe Walsh and Glenn Frey and their wives. McCartney is scheduled to resume his Out There tour in Albany, New York on 5 July (14).

details
Inquiry told historic Welsh Streets can't be saved simply because 'Ringo may have walked there once' - Friday, June 20, 2014

An inquiry was told Liverpool’s historic Welsh Streets can’t simply be saved because “Ringo may have walked there once.” Keeping half of Madryn Street, where Beatles drummer Ringo Starr lived until the age of three, leaves enough to tell the “Ringo story”, Rob Burns, urban design and heritage Manager at Liverpool council told the public inquiry into plans to redevelop the area.

The plans to develop the Welsh Streets include knocking down half of the street but retaining and refurbishing numbers one to 16.  SAVE, who are opposing the council’s plans  in favour of total refurbishment, said  the plans mean Madryn Street would be “just left as a stub.”But Mr Burns rejected that description, instead summing up the scheme as keeping a “residual element.” He said: “It’s about balance and the intention wasn’t to keep a street, it was to have variety.” SAVE argued that keeping the street was important to show the context of Ringo’s house, n details

Well, he's got older but he doesn't seem to be losing his hair, and he's well past the age of 64. While Paul McCartney turns 72 on Wednesday, one fan revealed a piece of cake they kept from the musician's 22nd birthday, which he spent in Sydney. Australia recently celebrated the 50th anniversary of the Beatles' one and only trip Down Under.

The Fab Four stayed for thirteen days spreading mass hysteria across the country, stopping first in Adelaide where more than 300,000 people turned out to greet them. Universal Music Australia have posted a picture on their Facebook page of a piece of cake sitting in some tinfoil alongside some very old looking greaseproof paper sitting in a cake tin. The music label also invited people to share other memoriabilia. "Here's an actual piece of Paul McCartney's 22nd birthday cake, preserved by a fan from his party at The Sheraton, Sydney in 64...can you top this? Share your The Beatles memorabilia with us!" the Facebook post read alongside the photo. The cake should hopefully cheer up Mc details

The Beatles star, who turns 72 today, took a stroll with his wife Nancy through their local area of north London. Wearing matching hoodies, the couple looked perfectly in sync as they strolled along the pavement casually. Paul tried to hide his recognisable face wearing sunglasses and a cap, but Nancy's glamorous style attracted attention.

The 53-year-old socialite wore her hair in blow-dried curls and showed off her slim pins in skin-tight jeans. Meanwhile, Paul went for an all-together more casual style in Adidas jogging bottoms, plain white trainers and a white t-shirt. His long brunette hair peaked out the back of his blue cap as the couple walked along linking arms. But the star hasn't been well - he cancelled a string of gigs in Japan and South Korea last month, and it would seem he's still suffering from a virus, making him unable to perform his up-coming shows. The star has postponed US dates on his world tour as he continues to recuperate from a virus. He told fans he is following doctors' orders to recover fully before he takes to the stage again - much to fans' details 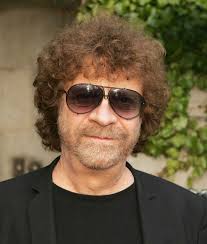 ELO frontman Jeff Lynne is teaming up with the BBC Concert Orchestra to play some of the band's greatest hits at a comeback concert in Hyde Park.

Jeff, who also founded the The Travelling Wilburys with George Harrison, Bob Dylan, Tom Petty and Roy Orbison, is headlining the BBC Radio 2 show in September. He said: "I haven't performed live in quite some time, and I know the fans have asked for it a lot over the years. It's very exciting to come to Hyde Park with Radio 2 and do something this big, and I'm very much looking forward to playing my ELO songs for everyone." DJ Chris Evans announced the news on his breakfast show, saying: " ELO was the first band I ever saw live. Jeff Lynne lit up the eyes of a 14-year-old that have been burning as brightly as the sun ever since. ELO are my generation's Beatles and I cannot believe we've got the main man playing our Festival In A Day - not to mention w details

Hunter Davies, the writer and Beatles biographer, said his wife was far from impressed with the news he is to receive an OBE for services to literature. Mr Davies, who wrote the only authorised biography of the Beatles in 1968, said Margaret Forster, the novelist, had even threatened to divorce him over the issue.

He said: "I told my wife and she said 'You're not going to accept it'. Well I thought it was worth 1,000 words. I can get two columns out of this. She said that if it had been a knighthood she would have divorced me". But Mr Davies said he was "honoured" by t details 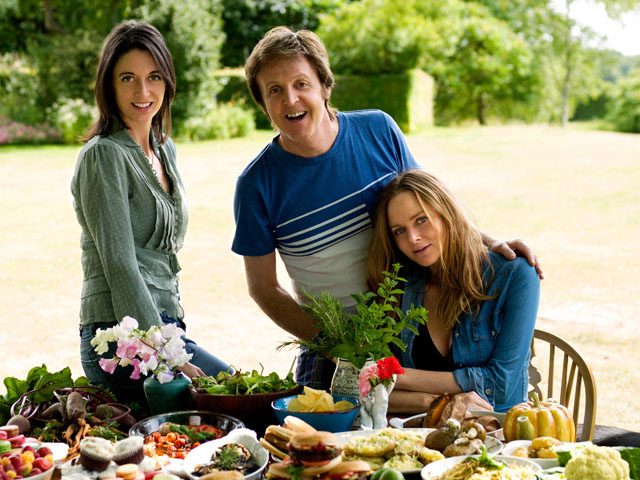