Paul McCartney has rescheduled the U.S. tour dates he had originally scheduled to begin in mid-June for October. His Out There tour will now resume in Albany on July 5th. The former Beatle is still recuperating from the virus that forced him to postpone several dates in Japan and South Korea. See the rescheduled dates, as well as McCartney's July and August dates, below.

"I'm sorry, but it's going to be a few more weeks before we get rocking in America again," McCartney said in a statement. "I'm feeling great, but taking my docs' advice to take it easy for just a few more days. Look forward to seeing you all soon."

The 71-year-old postponed a string of dates in Asia in late May when he came down with a virus and was hospitalized in Tokyo. At the time, his rep said, "He will make a complete recovery and has been ordered to take a few days rest."

Prior to postponing the U.S. tour dates, this leg of McCartney's Out There tour was meant to wrap up in San Francisco, where he would play th details 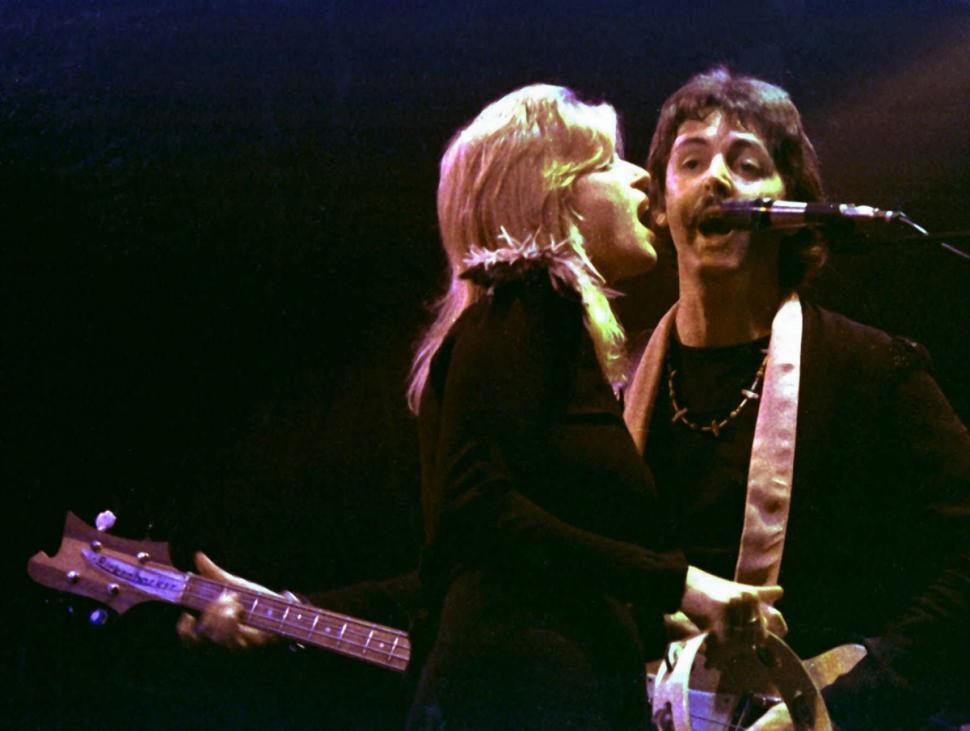 Paul McCartney began the ’70s in an alcoholic haze and ended them in a Japanese jail. The decade in between was one long and winding road. A new book, “Man on the Run: Paul McCartney in the 1970s,” by music journalist Tom Doyle, reveals just how unprepared McCartney was for life beyond the Beatles.

He was shaken to the core by the band’s demise and further undone by John Lennon’s vitriol. Doyle, who conducted extensive interviews with McCartney and almost everyone else still alive from the singer’s dark decade, tells the story of a man who almost didn’t make it out of the ’60s and the Beatles alive. “He knew he was in trouble the morning he couldn’t lift his head off the pillow. He awoke facedown, his skull feeling like a useless dead weight. A dark thought flashed through his mind; if he couldn’t make the effort to pull himself up, he’d suffocate right there and then,” Doyle writes, pulling from McCartney’s recollections. “Somehow, as if it was the hardest thing he’d ever details

Beatles fans will be able to hear, for the first time ever, the unedited version of an interview that John, George and Ringo gave to Melbourne radio personality Binny Lum ahead of their Australian tour in April 1964.

The National Film and Sound Archive of Australia (NFSA) will publish the 16-minute conversation to mark the 50th anniversary of The Beatles’ Australian tour tomorrow, 11 June. Edited versions have been broadcast and included on special discs over the years, but the full interview had never been released. Radio curator Maryanne Doyle says, “The Beatles were at the height of their popularity and it was a real coup that an Australian radio personality, unknown in the UK, had managed to secure an interview with the English rock band, the hottest property in show business. The fact that this occurred says as much for Lum’s tenacity as her well connected network of contacts.” Lum’s recordings (including interviews with a young Barbra Streisand, Fred Astaire details

As a high-end software recreation of the Sixties-vintage VOX Continental 300 transistor-based combo organ, VOX Continental-V is the latest addition to Arturia's acclaimed Analog Classics lineup where it sits alongside an authentic recreation of another archetypal Sixties staple, Wurlitzer-V (based on the classic 'Wurly' electric piano).

Introduced in 1962, the VOX Continental -- or 'Connie' as affectionately it became known -- was originally designed to address the needs of touring musicians, but became musically much-loved in its own right. As such, it prominently featured on many hit records of the time, including The Animals' classic 'House Of The Rising Sun' in 1964 and, a little later, 'Light My Fire' by The Doors. Onstage, The Beatles performed a memorably frenzied version of 'Help!' B-side 'I'm Down' during their August 1965 performance at New York's Shea Stadium with John Lennon playing a VOX Continental using his elbows at times! Despite being phased out of production in the early-Seventies, the VOX Continental has s details

Fifty years ago, on Thursday, June 11, 1964, four lads from Liverpool, England, arrived in Australia on their first world tour – John, Paul, George … and Jimmy. A fifth, Ringo, newly recovered from tonsillitis, took over from Jimmy Nicol and assumed his rightful place a couple of days later.

The strange and stirring sound of the Beatles – or the latest electronic noise, depending on whose side you were on – had shot up the Australian charts the previous December. But even the most enthusiastic shrieking fans at the old Sydney Stadium in Rushcutters Bay couldn’t have guessed that half a century later the musical landscape would still be reverberating from the band’s impact. To celebrate the 50th anniversary of that trip to Australia, four fab contemporary Australian songwriters explain how the Beatles influenced their lives, their record collections and their music. 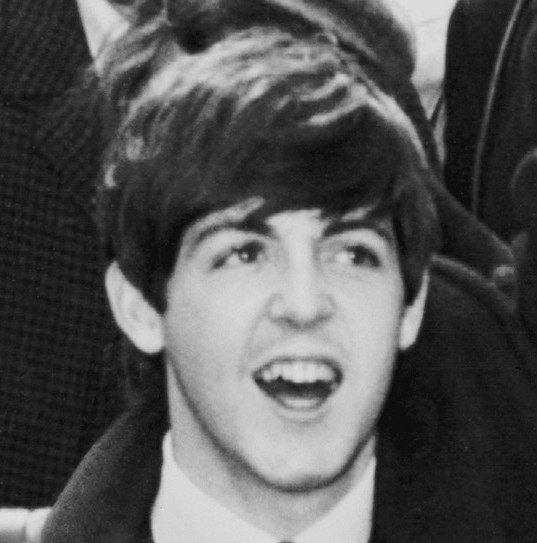 NAVI MUMBAI: Young Sunder was on Thursday morning placed onto a truck by experts who travelled to Kolhapur to work with the Maharashtra forest department, and is on his way to a 49ha forested care centre in Bangalore, where he will have the company of 13 other elephants, as per a Supreme Court order.

The team faced many setbacks, including their truck tyres being punctured by persons who wanted to keep Sunder on MLA Vinay Kore's property, where he allegedly suffered months of abuse. Sunder was with the Jyotiba temple in Kolhapur in 2007, but after the use of spiked chains and beatings came to light, Maharashtra minister of forests Dr Patangrao Kadam on August 21, 2012, and the Project Elephant division of the ministry of environment & forests on November 9, 2012, issued orders for his rescue. But Sunder was spirited away and hidden in an old poultry shed, where he continued to be beaten and was so heavily chained that he recently sustained a serious leg injury. "Despite obstacles, People for the Ethical Treatment of details

Music lovers listen up! The Science of Rock 'N' Roll Exhibition opens June 11th at the Ontario Science Centre in Toronto and features all kinds of hands-on exhibits that are sure to get your feet tapping to the beat.

Canadian rockers Arkells entertained at the media preview on June 5th with a set from their upcoming album High Noon. Signed to Universal Music, their performance was outstanding - another reminder that Canada has a wealth of musical talent. The exhibition features informational walls that showcase the history and evolution of rock from the 1950s to today, music instruments from various eras, historical recording equipment as well as record players, tape players, eight-tracks, sheet music and Walkmans — anyone remember any of those? You can drum along with a Beatles' song, record a track in one of four video recording booths (and see your recording later online, available for download to social media), or try your hand at being a sound engineer in a recording studio. There's something for everyone who loves music at this e details

Ringo Starr and his All-Starr Band kick off tour in Canada - Saturday, June 07, 2014

Ever the musician, Ringo Starr still loves playing gigs and hitting the road for fresh tours. The former Beatle kicks off a new series of concert dates with his All-Starr Band on Friday in Rama, Ont. The current leg of the tour then veers into the U.S. before returning to Canada for a date in Vancouver in July.

"It's the dream I had at 13: to play drums and play with good people — it's still unfolding," he told CBC News. It's what I do." Along with participating in the host of events celebrating the 50th anniversary of the Beatles' arrival in North America this year, he's also marking the 25th anniversary of his first All-Starr Band tour. Meanwhile, the amiable drummer and singer is balancing a host of other projects as well, including a new album, several books and an art exhibit.

details
Catching Ringo Starr and The All Starr Band for the first time - Saturday, June 07, 2014

June 6, 2014 will be one of those dates I will never forget! For that is the time I have ever seen any of The Fab Four! We had amazng seats and I watched Ringo Starr and his All Starr Band perform. Casino Rama in beautiful Canada was the stage.

The concert was breathtaking, exicting and a chance of a life time for me. Ringo and his band mates put on an amazing show and they all were bang on! The night was full of musical surpises and prestine playing. The audience had a treat of a few Bealtes favs like: Yellow Submarine, Act Naturally and some new orignal tunes from Ringo himself. We heard some great tunes by Toto and Santana. They all made sure the audience was having the time of their life and joining right in with some great faves from 50 years ago when all The Fab Four were together!  There was many talented stars on the stage last night but the icing on the cake was the Fab Starr himself Mr Ringo Starr! Me myself and I sure I speak for everyone in that audience it was a night to remember. As I sit and look at my perfect ticket from last night I smile and tuck it awa details

Ringo Starr has had a ball celebrating the 50th anniversary of the Beatles' arrival in America this year as well as some of his own honors. But, he says, it's put a bit of a crimp in plans for his next album.

Starr tells Billboard that he's "probably two-thirds through" with the follow-up to "Ringo 2012," which he plans to release in February. "Usually I make the record in January, February, March and mix it in April," he explains. "But because of all that Beatles stuff I sort of got behind because of the rehearsals and the fun and the joy. I was in L.A. until the first of April and I was trying to finish the record and just said, 'Ah, I've got too much to do.' " He has plans to work on it during July and August, when he's back in Los Angeles after the first leg of his latest All-Starr band tour wraps on July 19 at the Greek Theatre. Starr has been working on the set with Toto guitarist and current All-Starr Band member Steve Lukather, along with Peter Frampton, Richard Marx, Dave Stewart, Glen Ballard and Nashville details