Paul McCartney and wife Nancy Shevell engage in some PDA for the kiss cam during LA Lakers game - Monday, April 07, 2014

When it comes to Sir Paul McCartney showing his affection for his wife, he certainly isn't shy about it. Paul took the opportunity to plant a kiss on his wife, Nancy Shevell, for the Kiss Cam at the Staples Center during an NBA basketball game between the Los Angeles Clippers and the Lakers on Sunday in Los Angeles. The 71-year-old singer lovingly pulled 53-year-old Nancy's face close to him and gave her a sweet kiss.

The pair seemed completely in their own world as they kissed despite all the fans surrounding them. They sat together and held hands as they talked and watched the game. After their PDA, Paul really got into the spirit of the game, as he waved his arms and cheered on his team even performing a few dance moves. At one point, he looked surprised after spotting someone he knew in the crowd. The Beatles star enjoys taking his wife out on the town. Just last month, he and Dave Grohl took their wives to vegan restaurant Crossroads on Melrose Avenue in Los Angeles.

Listen to the Audio Version details

Depending on who you ask, Billy Preston is either the fifth Beatle (one of many pretenders to that particular title, but arguably one of the few with a genuine claim), one of the greatest Rolling Stones sidemen ever, or simply a child prodigy who made the most of a phenomenal musical talent.

A gifted organ and piano player, by the age of ten he was out performing with gospel singer Mahalia Jackson and by 12 he'd appeared in films and was building a reputation for musicianship that turned the heads of players twice his age. He toured with Little Richard in the early '60s, a stint that would see him meet a fledgling Beatles, and in 1963 played keys on Sam Cooke's final album Night Beat. He backed the Everly Brothers in '65 and The Monkees in '66, before hooking up with The Beatles again in '68 to work on The Beatles (or as most fans know it the White Album). In the end, it was his association with the Fabs that was to cement his reputation as one of the all-time session greats. He linked up with them again on Abbey Road and, most famously, on Let It Be, where he be details 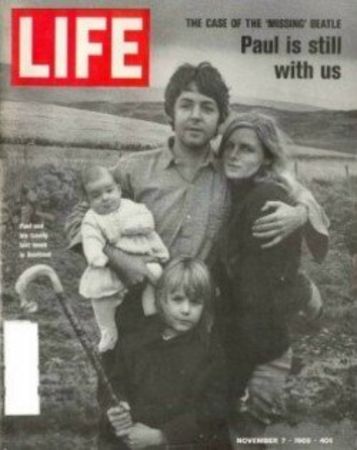 RAINBOW CITY, Alabama -- It was no April fool's prank – in the autumn of 1969, much of America wondered if Paul McCartney, one fourth of the Beatles, was actually alive. And this weekend, one of those inadvertently responsible for the story will be performing at Rainbow City's Chocolate Festival this weekend.

Fred LaBour, known by his stage persona Too Slim, is a member of the cowboy comedy group Riders In the Sky. LaBour was a student at the University of Michigan 45 years ago. In October 1969, LaBour was 19 years old and worked for The Michigan Daily in Ann Arbor, the student newspaper at the University of Michigan. He wrote for the sports desk and occasionally submitted music reviews. On Oct. 12, he was listening as radio disc jockey Russ Gibb in Detroit took a call from someone claiming that, if one played "Revolution 9" from the Beatles' "White Album" backwards, one heard a clear voice saying, "Turn Me On, Dead Man." The same person claimed at the end of "Strawberry Fields Forever," John Lennon says, "I buried Paul." LaBour was scheduled the next day to details

Mike McCartney Shares His Photos and Memories of The Beatles, Hendrix and Bo Diddley at Swansea's Grand Theatre - Saturday, April 05, 2014

Dubbed Flash Harry by Brian Epstein, Mike McCartney shares some of his favourite photos of The Beatles, Liverpool and the architects of rock 'n roll at Swansea's Grand Theatre on April 25

HIS photographs of The Beatles - back when they were still combing their hair up and back like Elvis - have become iconic, and he has enjoyed a life behind the lens, as well as in the spotlight, with the satirical mischief makers, The Scaffold. Now Mike McCartney will share tales of photographing Jerry Lee Lewis and Hendrix, and growing up with 'Our Kid' in the artistic petri dish of his beloved post-war Liverpool. He heads to Swansea's Grand Theatre with Sex, Drugs & Rock 'n Roll (I Wish). And he says you may have to forgive him a little misty-eyed nostalgia on the night. "There are a lot of emotional moments in the show for me. My mum is in there in the photographs and she died when I was 12. And dad is there. He's gone now. And there are photos that show the extent of the bombing in Liverpool, which was terrible, though luckily I was in Walton General Hospital at the time, being bor details 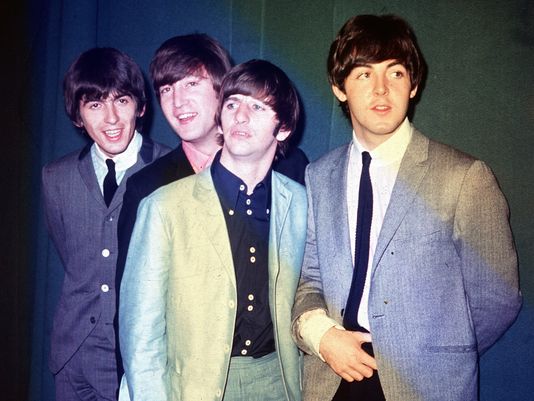 In one magical decade, The Beatles made records built to last an eternity. The same might be said for the band's chart records. Friday marks the 50th anniversary of the 's remarkable Billboard coup, when their songs occupied the top five slots of the singles chart, a feat never repeated.

4. I Want to Hold Your Hand

"It was the first and only time anyone ever monopoliz details

MANILA -- Here's a rare sight: reunited members of the Eraserheads on Thursday crossed Abbey Road in London, recreating the iconic album cover of their idols The Beatles.

Ely Buendia, Raimund Marasigan, Marcus Adoro and Buddy Zabala, who are staging a reunion concert there on Friday night (London time), had photos taken of them crossing the famous road. The outcome: a photo similar to the cover of The Beatles' 11th studio album named after the now-famous street, which was released in 1969. On social media, the photo quickly went viral among fans of the iconic OPM band, with a number putting the imitation side by side with the original. -- with a report from Ryan Chua, ABS-CBN News

Musician, actor and songwriter Tim Piper has traveled the world performing music made famous bythe Beatles, distinguishing himself as the preeminent John Lennon with roles in the CBS production The Linda McCartney Story, E! Channel’s John Lennon Story, Beatle Wives and as the singing voice of Lennon for the NBC TV movie of the week, In His Life -The John Lennon Story.

With Working Class Hero, Piper has performed at numerous special events, including being the only tribute act to perform at the Rock & Roll Hall Of Fame, a pre-screening performance for the re-release of Yellow Submarine and the John Lennon 20th anniversary memorial gathering in Central Park. He’s also increased his portfolio even further with he much celebrated and extraordinary rock ‘n’ roll celebration of the life and music of John Lennon, known simply as: Just Imagine….A splendid time is guaranteed with Mr. Piper!!  Warm-Up Question: Tell us something about yourself/your career that&rsq details

The last track on "Revolver" is a one-chord song with the inscrutable title "Tomorrow Never Knows." Released in 1966, the album announced that The Beatles were not just a pop sensation but ambitious innovators, and of all the tracks, "Tomorrow Never Knows" was its most radical statement.

The song became so influential that it's difficult to imagine how strange it must have sounded to mid-1960s ears, though the Beatles' decision to make it the closing track signifies their own sense of bafflement about it. The song opens with a droning sitar, then John Lennon comes in, telling the listener, "Turn off your mind, relax and float downstream." Paul McCartney's bass riffs on C through the entire thing. Rock 'n' roll was never the same after that. Noted Beatles scholar Scott Freiman is scheduled to tell the story of "Revolver" during a program presented by the International Film Series at the University of Colorado-Boulder. The series runs over three evenings, April 11-13, at CU's Muenzinger Auditorium. Freiman plans to present "Tomorrow Never Knows: Deconstructing the details 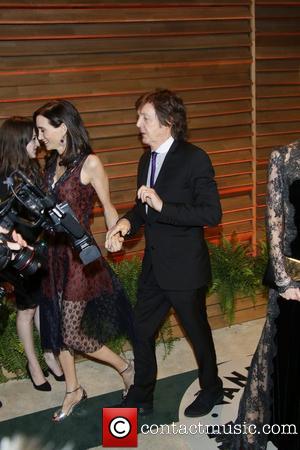 Scott Rodger, the man behind Sir Paul Mccartney's current success, was named Manager of the Year at the Artist and Manager Awards in London on Thursday night (03Apr14).

Rodger went home with the top prize, which was bestowed upon him by the Music Managers Forum and the Featured Artists Coalition. The longtime industry player was lauded for his work with artists like MCCartney and rockers Arcade Fire. Robbie Williams was also honoured with the Artists Artist Award, and was commended for his "outstanding creative output, innovative business models and his support for artist rights." Other awards recipients included Pharrell Williams (Artist of the Year), Rudimental (Breakthrough Artist Award), and Sam Evitt and Jack Street (Breakthrough Manager Award), who co-manage British acts Disclosure and Sam Smith. 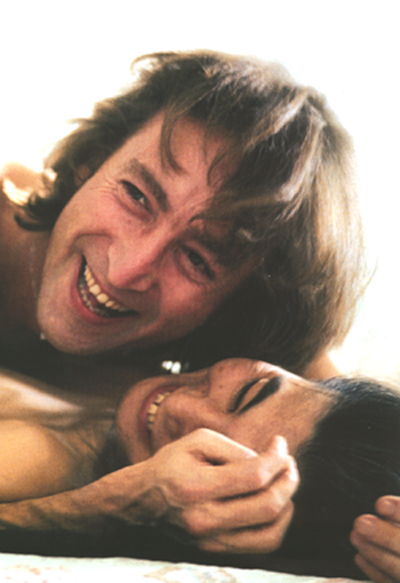 By the summer of 1973, John Lennon and Yoko Ono’s marriage was on the rocks. As an unusual remedy, Ono suggested that Lennon embark on an affair with their assistant, May Pang. That decision led to Lennon’s “Lost Weekend,” the 18 months that the ex-Beatle lived with Pang in her New York apartment and a rented home in Los Angeles.

Musically, it was a productive time. Lennon completed three albums – ‘Mind Games,’ ‘Walls and Bridges’ and ‘Rock ‘n’ Roll’ – and produced LPs for Ringo Starr and Harry Nilsson. And he also took part in an impromptu jam session that would be the last time he would record with Paul McCartney. But it was a period marked by Lennon’s outrageous behavior while drunk or stoned. Two weeks before the historic jam session, a drunken Lennon was tossed out of the Troubadour. Lennon referred to the time apart from Ono as ‘The Lost Weekend,’ named after a 1945 film that starred details