The case of iTunes and the missing Beatles tracks - Wednesday, December 18, 2013

Apple records, via the Universal Music Group, were widely rumoured to be reluctantly releasing a cache of rare Beatle tracks via iTunes today in order to comply with copyright law. But scour the site for the mythical Beatles Bootleg Recordings 1963 and they are nowhere to be found.

Early reports suggest that 2 hours and 29 minutes' worth of Beatles archive recordings appeared on iTunes sites in the early hours of Tuesday morning around the world before being taken down shortly afterwards. The staged release seems to have started in Asia, Australia and New Zealand with further reports of appearances in Russia, Saudi Arabia, Qatar and Lebanon. CNN reports that the recordings briefly surfaced at midnight in the UK. None of these iTunes sites currently host the tracks. If fans didn’t download them in that brief and unadvertised window, it is already too late. Last month, music copyright was extended to 70 years (after lobbying byCliff Richard on behalf of the music industry). However, unrel details

According to the Beatles memorabilia dealer who sold the album; "This is easily the most important copy of any album i've ever offered to date. It is an original 1966 U.S. first state stereo Butcher cover 'Yesterday and Today' album that was the personal copy of Beatles manager and close friend to the band, Mr. Brian Epstein!

In 1966, The Beatles 'Butcher' (album) cover was used in an early release of "Yesterday and Today." The album immediately drew criticism due to the image of The Beatles being covered in raw-meat and baby-doll parts. Things were so bad... When Capital Records first released the album, most stores would not carry it. Sears only carried the album for one-day before pulling it from their shelves. This led to a majority of albums being recalled so a less controversial image (sticker) could be placed over the original album cover, making the original (first-state) versions extremely scarce. Add the fact that this particular album was personally owned by The Beatles manager, Brian Epstein... and it adds whole new level of rarity. Back in January of 20 details

Veterans The Rolling Stones, Paul McCartney and Bruce Springsteen have all enjoyed some of the highest grossing tours of 2013, reports Billboard. 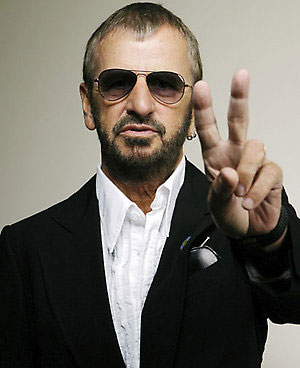 If you have missed the Powerpuff Girls, the animated series about three young girls with superpowers, then we have good news for you; the show is coming back for a special event. Cartoon Network will air a special one-night event for fans, Viacom confirmed the details earlier this morning.

The special is scheduled for early January, the original voice cast Catherine Cavadini, Tara Strong, E.G. Daily, Roger L. Jackson, Tom Kane and Tom Kenny are all set to return. Coming to the series for the first time is Ringo Starr, the popular member of The Beatles is set to join the girls on their latest adventure. Starr will voice Fibonacci Sequins, his character is Townsville’s most famous mathematician, there will also be an original music vido and song for the event titled “I Wish I Was A Powerpuff Girl.” In the episode, Mojo Jojo will kidnap the mathematician, who also pulls double-duty as an opera singer in an effort to steal the famous Chemical X. Mojo will create an evil video game called “Dance Pants R-EVILution” a mind-control device tha details

Foo Fighters made their official live return in Mexico last night (December 11), performing a huge open air concert during which they covered The Beatles, Pink Floyd and Tom Petty And The Heartbreakers.

The band performed hits from across their career at the 55,000-capacity Foro Sol stadium, with The National providing support on the night. Among the covers performed were 'Blackbird' by The Beatles and Pink Floyd's 'In The Flesh'. No new material was played during the 27-song set. A picture of The National with Dave Grohl was posted onto the band's Instagram page after the show. Both bands will play a second date at the stadium on Friday (December 13). Earlier this week Foo Fighters surprised diners in a Californian pizza restaurant by playing a secret show (December 9). The band took to the stage at the 200-capacity Rock & Roll Pizza venue in Moorpark, playing a 23-song set of classic tracks. Foo Fighters' last gig was in New York in September 2012 at the Global Festival event.

Listen to the Audio Version of this details

THE BEATLES: THE BBC ARCHIVES 1962-1970 is a lavish 336-page tome by notable Beatle expert Kevin Howlett that documents the close but sometimes fractious relationship between the rock’n’roll revolutionaries and the UK’s national broadcaster.

Among the treasures in this beautiful package – boxed like a vintage 10½” reel of tape – are reproductions of some priceless documents, including the Beeb’s response to the group’s application for an audition, where Paul McCartney’s performances of ’Til There Was You and Like Dreamers Do are annotated with a curt “No”, but Lennon’s Memphis Tennessee and Hello Little Girl are more favourably received. “An unusual group,” concluded Beeb gatekeeper Peter Pilbeam, “not as ‘Rocky’ as most, more C&W, with a tendency to play music.” More fascinating still is the facsimile of the BBC Audience Research Department’s February 1968 report on the viewing public’s response to the Boxing Night scre details

Everyone loves Christmas and everyone loves the Beatles. Why not put them together? On Saturday in Las Vegas, artists including Pia Zadora, Adrian Zmed, Paul Shortino, Skye D. Miles and the Desert Angels Childrens Choir will sing holiday and Beatles songs at the fifth annual benefit for the U.S. Marine Corps Reserve's Toys for Tots program.

His answer: “Las Vegas Loves the Beatles.” Scott says he had the idea last summer, watching Clint Holmes — who co-hosts Saturday with spouse Kelly Clinton Holmes — sing “Eleanor Rigby” at his regular show. So most of the artists onstage at the Las Vegas Hotel will do a holiday favorite and/or a Beatles song. Yes, that includes the John Lennon solo tunes “Happy Xmas (War Is Over)” and “Imagine,” although Scott says no one rushed to sign up for Paul McCartney’s “Wonderful Christmastime.” Guests include Pia Zadora teamed with daughter Kady, Adrian Zmed, Paul Shortino, Skye D. Miles, the duo of Ben Stone and Jasmine Trias, comedian Steve Rossie and the Deser details

A Christmas song that has turned into a modern classic is John Lennon's Happy Xmas (War Is Over), first released in 1971. Lennon wrote it in 1969 at the height of his peace activism days, it references billboards sponsored by John and Yoko in 12 major cities reading "War Is Over! If you want it - Happy Christmas from John & Yoko".

Continuing our holiday-themed rewinds through December—another Christmas song that has turned into a modern classic is John Lennon’s “Happy Xmas (War Is Over),” first released in 1971. You don’t have to be a history buff to hear the socio-political leanings in this song, but a little bit of history will help. Lennon wrote this song in 1969 at the height of his peace activism days when he and wife Yoko Ono were protesting the Vietnam War. The song references a specific billboard campaign sponsored by the couple in which billboards in 12 major cities read, “WAR IS OVER! If you want it—Happy Christmas from John & Yoko”. He recorded and released the song two years later. After i details

LET IT BE is currently celebrating the 50th Anniversary of the world’s most successful rock’n’roll band, The Beatles. LET IT BE is a spectacular theatrical concert with forty of The Beatles’ greatest hits. The show is currently on at the Savoy Theatre, booking until 8th February 2014 , before going on a UK Tour.

Recently before a show, four of the cast took time out to answer some questions about themselves and LET IT BE, and this is what they had to say. Cast: Emanuele Angeletti (Paul), Reuven Gershon (John), Stephen Hill (George) and Luke Roberts (Ringo).

You are all primarily musicians, not trained actors?
Luke: Not us, there are a couple of guys in the cast that have more of an actor’s background. But it’s very much a musician’s gig.
Emanuele: It’s not really a musical, it’s c details

Beatles US Album Reissues Mark 50 Years Of Their US Invasion - Saturday, December 14, 2013

THE BEATLES’ IMPACT ON AMERICA is to be celebrated on the 50th anniversary of their culture-changing Ed Sullivan show appearance of February 9, 1964, and subsequent assault on US culture in toto during that crucial year.

January 20 next year (21 in the US) sees Apple Corps/Capitol Records release a box set of the US-only albums, from January 1964’s Meet The Beatles! to 1970’s Hey Judealbum. MOJO’s US readers won’t need reminding that their Beatles experience was a unique one, shaped by albums with significantly different tracklistings, artwork and even mixes from the records that hit the shelves in the UK. With debate always rife as to which constituted the stronger collections of songs, the US versions have always had an exotic allure to UK Beatle fans. Collected in a boxed set with faithfully replicated original LP artwork, including the albums’ inner sleeves, the 13 CDs are accompanied by a 64-page booklet with Beatles photos and promotional art

Listen to the details