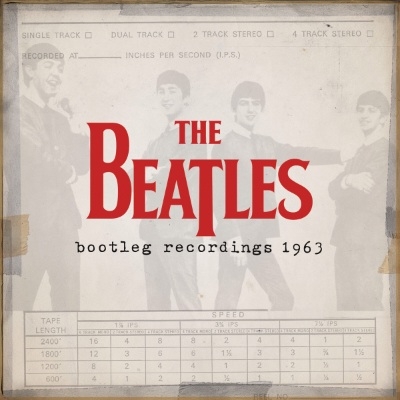 Society always celebrates the records that top the Billboard 200 album chart. Back of The Billboards is a Music Times weekly segment that looks at the opposite end: the new record that finished closest to the back of the Billboard 200 for the previous week. We hope to give a fighting chance to the bands you haven't heard of.

WHAT: The Beatles Bootleg Recordings 1963

Back of The Billboards is a feature meant to highlight new releases from up-and-coming or at least smaller performers, but the last few weeks of the year don't bring in many new releases. The Beatles and the Universal Music Group took a page out of Beyonce's book and released The Beatles Bootleg Recordings 1963 as an iTunes exclusive on December 17. The compilation collects 59 tracks from the band leading up to its first studio album in 1963, including 44 live tracks from the band's performances on BBC, as well as 15 outtakes details

Paul McCartney is still hungry for success after remaining at the top of the music industry for 50 years. The former Beatles singer said stars should always think about somebody who might be better than them, Daily Mirror reported.

"It seems to me that no matter how famous, no matter how accomplished or how many awards you get, you're always still thinking there's somebody out there who's better than you. "I'm often reading a magazine and hearing about someone's new record and I think, 'Oh, boy, that's gonna be better than me'. It's a very common thing. One thing that's good about it is, I think it's a good motivator. It keeps you hungry. I think the minute you're full up and have had enough to eat, then that's time to retire," he said. Paul, 71, revealed the song 'Early Days' on his latest album 'New' was an attempt to set the record straight about his early life with John Lennon. "So many times, I will have people tell me what I did when I was younger. There's so much being written (about) the early Beatles details

A year ago, Sean Howe, author of "Marvel Comics: The Untold Story," revealed concept art from a Silver Surfer film that was pitched in 1980 by Hollywood producer Lee Kramer. What you may not know, is that Kramer approached Sir Paul McCartney about scoring it.

Last year, to drum up interest for his new book, "Marvel Comics: The Untold Story" Sean Howe posted concept art that was created for a briefly-plannedSilver Surfer movie. The proposed movie was conceived by Hollywood film producer, Lee Kramer. This all happened around 1980, and at the time Kramer envisioned it as "an epic picture on the scope of2001: A Space Odyssey with the kind of soundtrack that that film had, only using contemporary rock and roll." It also would've starred Kramer's then-girlfriend Olivia Newton-John ("Grease"). She would've played the Surfer's girlfriend. While that didn't materialize, Kramer did book Newton-John in his fantasy-musical, 1980's Xanadu.
So, people were qu details

A four-bedroom condo on Museum Mile that's been sitting on the market for more than a year got some Christmas love from former Beatle Sir Paul McCartney.

The Post reports that McCartney and his wife, Nancy Shevell, checked out unit 16B at 1049 Fifth Avenue, currently listed for $12.9 million. The 3,335-square-foot apartment was originally listed in October 2012 for $13.5 million, but had its price reduced by $500K in July 2013. The home has Central Park views and design details one expects from a prewar Fifth Avenue building: coffered ceilings, rosewood herringbone floors, marble bathrooms, and a mahogany paneled library.

‘Didn’t know you could do that’: David Crosby never got over early preview of the Beatles’ ‘Day in the Life’ - Thursday, December 26, 2013 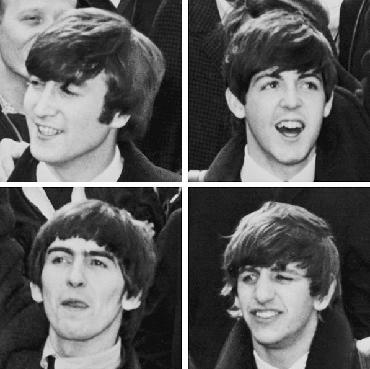 Throughout 1965-66, David Crosby and the Byrds were running neck and neck with the Beatles and the Rolling Stones commercially. And then, Crosby says, the Fab Four did something that blew him away.

“I was in London, at that time, when they were making Sgt. Pepper,” Crosby tells Alyce Faye. “When I got there, they didn’t really talk to me that much. They just dragged me out to the middle of the studio and sat me down on a stool. In Abbey Road, they had these speakers that looked like coffins. They were about eight feet tall, and they were on rollers. They rolled two of these things up, one on either side of me, and then they all left the room.” Crosby, who had just released the psychedelia-infused Younger Than Yesterday with the Byrds a few months before, then became one of the first outsiders to experience the episodic wonder of “A Day in the Life.” He still sounds amazed. “They had just finished it,” Crosby adds. “By the tim details 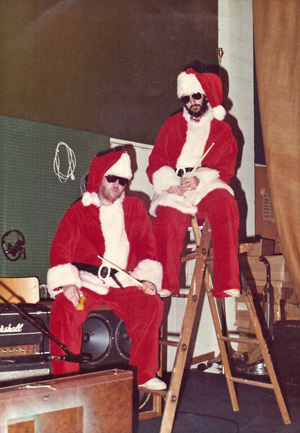 "The good thing about this book," Ringo said during the making of PHOTOGRAPH, "is that it made me start looking through all my stuff. I found much more than I had anticipated." Every year, we say goodbye to titles from the Genesis back catalogue, and hello to new favourites. But it's not often they come and go so quickly. Readers may recall previous fast-movers by authors such as Paul Weller, Nick Mason and Jimmy Page.  Since Ringo's leather-bound volume was made available, readers have snapped up the entire edition in less than 3 months. Only 2,500 signed copies will ever be made. A tip from the publishers: you can still secure copies of the titles shown below. All are nearing the end of their editions. Those interested in PHOTOGRAPH ought not be disappointed. Ringo has just made available 12 of his favourite images as signed, museum-quality ar details 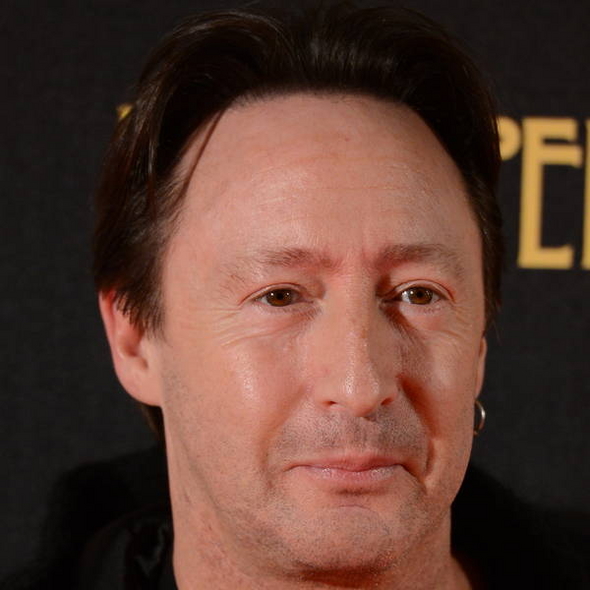 Next year could bring a U.S. tour for Julian Lennon, keyed to a just-announced appearance at South by Southwest in Austin. Talks are apparently on-going. Lennon, who dove headlong into photography even as his 2011 solo effort Everything Changes saw stateside release this year, earlier said the SWSW stop could include an exhibit, a screening of his new documentaryThrough the Picture Window, a theater-based acoustic show with a Q&A session, and then a concluding performance featuring an orchestra.

Best known for his 1980s hit “Too Late for Goodbyes,” Lennon became serious about photography after shooting pictures of his half-brother Sean Lennon’s 2007 tour. An exhibit titled Timeless opened in 2010 in New York, and Julian has maintained a tandem career ever since. The well-received Everything Changes featured a notable guest appearance by Steven Tyler of Aerosmith fame. Lennon confirmed talks with SXSW directors during a London screening of Through the Picture Wind details 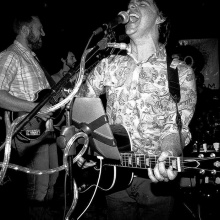 Joe Peppercorn attributes his annual Beatles Marathon show to a quote from Ernest Hemingway -- "Always do sober what you said you'd do drunk." A few years back, the local musician was sharing a drink with some friends and discussing an upcoming show at which he planned to play the Beatles' White Album in its entirety, and made an offhand comment that he would do the band's entire catalog. Which he did.

This year will mark the fourth such Beatles Marathon, an event which Peppercorn expects will be a 12-hour love-fest for one of rock 'n' roll's greatest bands. He and a collection of his bandmates from The Whiles, along with friends and special guests, will play every song from the Beatles' catalog, in chronological order. "That first time, it was very informal. We just kind of worked our way through everything," Peppercorn told The Beat. "But it triggered how much fun it is to play and sing these songs." So Peppercorn decided to make the marathon an annual adventure, dedicating more practice time to the catalog and bringing along more details

The Beatles’ guitarist George Harrison turned down an OBE before his death, it has been revealed. According to the Mail on Sunday, Cabinet Office papers obtained under the Freedom of Information Act disclose that Harrison turned down the “insensitive” offer of an OBE – after Paul McCartney was awarded a knighthood.

Harrison, who passed away in 2001, rejected the chance to be included in the New Year's Honours List in 2000. The OBE was recommended by the Department for Culture, Media and Sport, to acknowledge Harrison’s significant contribution to the music industry. The citation read: “He was a member of a band that many people would say is the best thing that Britain has ever produced, and possibly the best in the world, The Beatles.” However, jo details 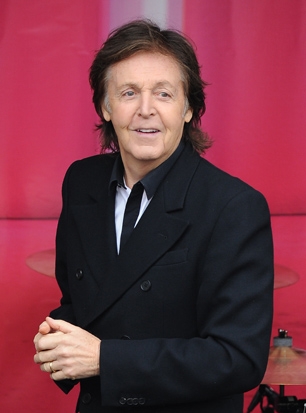 This weekend’s episode of Saturday Night Live brought out all the surprises — Macca, Madge and more — with Jimmy Fallon as host and Justin Timberlake as musical guest.

In his opening monologue, Fallon explained how he asked several of his musical idols to share the stage with him. “I’d like to sing with three of my friends. Mr. David Bowie, Bob Dylan and Sir Paul McCartney. Unfortunately they can’t be here. Traffic is tough this time of year and currently they’re all stuck in the Lincoln Tunnel,” he said. So, he had three empty mic stands where he would alternate from, mimicking each artist. Midway through his solo performance of “Joy to the World,” though Sir Paul walked out onstage to screams and asked if he could join in on the song. Joking that he was stuck in traffic — but then decided to take a Citi Bike — McCartney joined Fallon for a performance of “Have Yourself a Merry Little Christmas.”